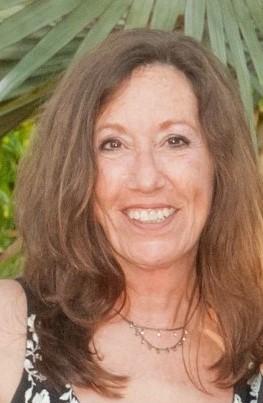 I’ve been the subject of newspaper articles, TV interviews and radio shows. My daughter, Moriah, was born with progeria, a premature aging disease. Her birth was a turning point in my life. Parents facing a tragic situation with their children sometimes cover their grief with a mantle of a crusade. For example, parents of children killed by drunk drivers started the group, MADD. Because I knew Moriah didn’t have much time, I made a commitment to making each day count. Even though bereft at her death, I had no regrets and my crusade to inspire others to live life to the fullest began. I built Paddle Adventures Plus on that foundation, it’s what drives me to help other writers and I suspect God has other plans He wants me to fulfill to help elevate people’s lives from hum-ho boring to celebrating the gift of each day. I learned we can either bring each other down, which is shameful and despicable, or we can build each other up.

Have you always loved to write?

My seventh grade English teacher lit the fire of my love of words when she challenged us to acquire a new word a day yet it was the assignment to write a short story that began my identity as a writer. I remember feeling awkward, shy and proud when she said mine was the best story and would I please read it to the class? It was some silly thing about finding a frog in the pocket of my robe at my family’s cabin in the mountains. I think the reason it won was because it had a beginning, middle and end.

I began carrying a college-ruled brown notebook, writing down things I’d hear that hummed in my soul, like snips of poems or quirky phrases you’d read on a poster. That morphed into writing my thoughts and discovering that writing them cleared my mind. Writing for myself became a lifelong habit. Until I went to college. My first English professor took me aside and said, “We’ve got to get you published.” I had no idea how to make that happen. She took me under her wing and the assignment I wrote for her class became my first by-line in a newspaper. Seeing my name on the “By” line was intoxicating! Until I moved to Nashville, I sent clippings to my professor who cheered each publication.

You sometimes hear about a writer’s “voice.” One teacher gave me a voice and another taught me how to use it to speak to others. I am eternally grateful that God put those two ladies in my life.

What is the most rewarding aspect of being an author?

When I was a frequent contributor to the Gainesville Sun, I acquired a fan base. For someone who does not like the spotlight, that felt weird. Good, but weird. People told me how something I wrote inspired them to do something. For example, I wrote about a friend with the sad task of cleaning out her deceased parent’s home. In a dresser in the attic, she found brand new dainty, silky nightgowns unworn by her mother. They were gifts from the woman’s father to her mother. “She never wore them,” my friend said with tears in her eyes. “She was saving them for a special day.” After publication of that article, a woman in church told me that she brought out her daughter’s prettiest dresses for them to wear. “Why would I spent $40 for an Easter dress and let her wear it just one time? In another six months, she’ll outgrow it.”

I also wrote a few articles about, “Quiet Heroes.” People doing extraordinary and inspirational things with their lives. I want them to get the recognition they deserve. One lady provided respite care for parents of special needs children – for $1 an hour. She insisted that she keep the child for no less than twenty-four hours. As a parent of a special needs child that passed away, she totally understood the importance of parents taking a break. I visited her after the article ran and she opened a small cedar box on the coffee table. Inside was her article. She said it was the best gift she’d ever received. Writing her story was such a small thing to do for someone giving so much to others.

To answer the question, the most rewarding aspect is touching people’s hearts and inspiring them to think about something in a new way.

Another soul satisfying reward is coaching others who want to get published. I started a writer’s group in Florida and another one here. One of the members in Florida now works for a newspaper and another one writes children’s books. I’m paying it forward so that others may benefit as I did from my teachers.

What are you working on now?

The book, “Marriage, Death and Superstitions Around the World;” a book of pithy sayings and several articles. I’ve always wanted to write a book listing beautiful words. Just that, a book of words that, when you say them, feel like melted chocolate on the tongue. Words like Freedom, Zanzibar, Delilah, Epiphany.

In Leslie's own words